Perspectives on Positive City Building: Presentation by Brent Toderian - May 9, 2019 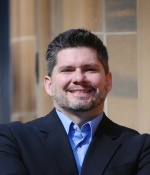 Brent Toderian is a leading national and international thought-leader on cities, and practitioner in advanced urbanism, city planning, urban design, transportation and urban culture change. He is highly sought-after as an advisor to cities, governments & best-practice developers across Canada and North America, and around the globe, with recent engagements in Sydney, Auckland, Oslo, Groningen, Helsinki, & Medellin. He’s just come back from a first trip advising 6 Belgian cities. He has also advised both the City of North Vancouver, and developments within North Vancouver, but never at the same time.

Brent was the founding President of the Council for Canadian Urbanism for almost 10 years; Canada’s only regular radio columnist on “city-making” on CBC Radio with Stephen Quinn; and a frequent speaker and writer for Fast Company, the Huffington Post, CityLab, Planetizen & many other publications.